Learner of the Term 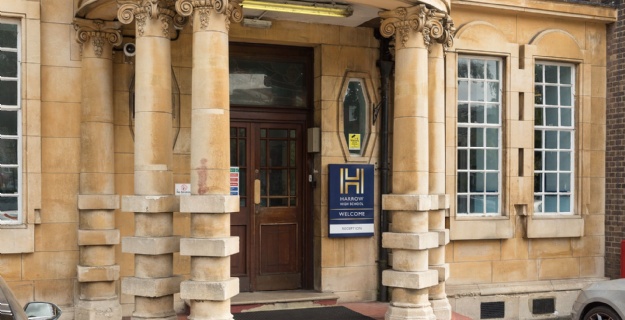 Learner of the Term celebrates the efforts of learners who have demonstrated outstanding behaviour, achievement, attendance and support of the school and its values.

We congratulation the follows learners you have been nominated by their tutor and chosen by their Standards and Achievement Leader for Learner of the Spring Term.

It has been an incredibly challenging term but Vihan has managed to thrive during this time.

Over the course of the term, Vihan has become an important role model for other learners in the year group: his attendance and punctuality are superb, he is focused and engaged in all lessons and actively looks to help and support others where he can. Despite arriving later in the school year, he has already managed to obtain a silver badge and well on the way to achieving gold next term. This term, he was elected a Learner Voice prefect, demonstrating that he is a valued and well-respected member of his form and keen to participate in helping to improve the wider school community.

Vihan has also excelled academically this term. Despite the difficulties posed by remote learning, he continued to demonstrate an unrelenting commitment and enthusiasm for his studies and has made excellent progress during this time. On return to school, he has maintained this level of focus which has had a positive impact on the rest of the class. Vihan’s active participation in class is particularly noteworthy. He has a very inquisitive nature and often offers thought-provoking contributions, often leading to insightful discussions through which learners (and teachers!) are able to learn and progress. This term, he also became a member of the ‘Brilliant Club’ and is keen to share his experiences of this with other members in his form.

We would like to congratulate Vihan on all his efforts over the course of this term and wish him  all the best for the Summer term ahead.

Mifrah Mohammed  Mushtaq (Y8)
Mifrah is a clear example  of her commitment to the  Harrow High School Excellences.

She always goes above and beyond in every subject, completing all her work to the best of her ability and asking for more challenging resources and tasks when she finishes the work set. Her attendance and behaviour are impeccable across the board.

Mifrah has shown to have spectacular organisational skills and a teamwork ethos, especially during lock-down when she managed to organise not only her team but the whole class to create a newspaper. She takes initiative and always tries to find a solution to every little obstacle that might arise on a daily basis, making her a very active voice in form time and also in her lessons.

Mifrah is kind, caring and is always willing to help her peers, particularly when she senses someone might be struggling and afraid of asking for help.

Andreea has done exceptionally well and her teachers are extremely pleased with her efforts during this term The Harrow High's excellences are evident in all Andreea’s efforts with  outstanding attendance to lessons and her excellent contributions to the School community. Andreea thoroughly deserves this recognition.

Congratulations to Shreaya on being Learner of the Term she has shown great resilience during  the Spring term. Her attendance has been fantastic to both online learning and in school. She has also shown great efforts in her learning and proved to be a conscientious and hard working individual who will no doubt continue to progress. Shreaya has set excellent standards for herself and definitely deserves the learner of the term award. Keep up the hard work and a massive well done to you!

Sriyuktha has been chosen for the Learner of the Term Award due to the multiple qualities she has displayed. Sriyuktha  has been hardworking and diligent in relation to her prefect duties and extremely focused, disciplined and tireless in regards to her classwork and learning. She combines this with a high intelligence and friendly demeanour and thoroughly deserves this award.